An advanced copy of Native Moments finally arrived in Tamarindo, Costa Rica, the setting for the majority of the story. Jose, a dental assistant there, saw one of my posts on Instagram and asked how he could read the book. I told him it wasn’t available yet, but that I did have a few advance copies if he would be willing to write a review. He agreed.

Originally from the capital city of San Jose, Jose has been living in Tamarindo for the past five years. He was curious to see how a foreigner viewed his country, even though the book is set 20 years in the past. He messaged me via Instagram when he received the book. I was nervous to hear his opinion. I didn’t want to offend him as a local. I love Costa Rica, but in the book, I acknowledged quite a few aspects of the country that are often times omitted so as not to scare away tourists: legal prostitution, although illegal – child prostitution, drugs, poverty.
Yesterday Jose contacted me again. He had finished the book and to my delight, enjoyed it. He felt it was a great window into a moment of Tamarindo’s history, prior to the tourism boom that it is now experiencing. I feel better about having my book over there and hope he shares it with his friends.

I’ll be visiting in January after the book is released and taking a suitcase full of books to sell at surf shops and books stores. Shipping there is out of the question. It cost $24 to ship the book and the book only retails for $16.95. If you live over there and would like an advanced copy, I can only provide a PDF version now, but am willing to send you one for review. And if you don’t live there and are a review blogger, if you don’t mind a PDF version, let me know. A little less than three months away from release and looking to get a few early reviews on Amazon and Goodreads.

If know someone I should contact to set up meetings or book signings while there, pass my info along. Thanks.

Native Moments is Nic Schuck’s debut novel and will be released by Waldorf Publishing on September 15th, 2016. It’s available for preorder on Amazon. 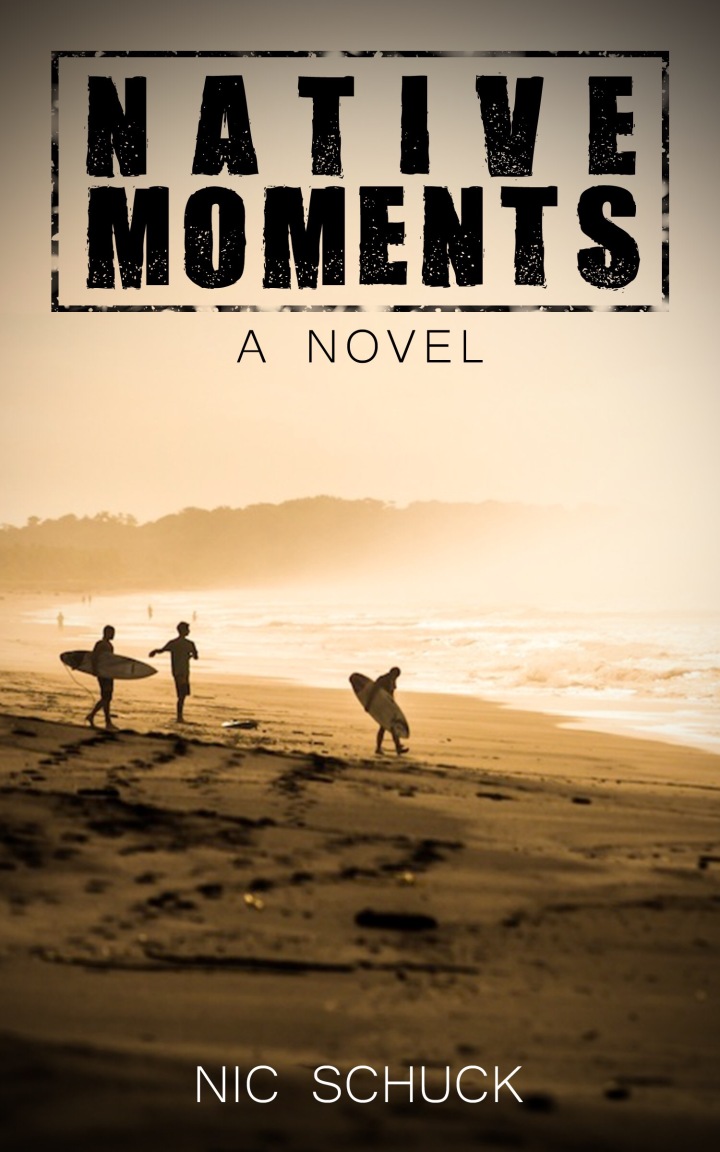 My Tweets
Join 1,638 other subscribers